If the configuration file doesn’t exist, the service will create it and continue. If it does, it simply continues to  the “StorageSecurity.AdjustSecurity()” function. In the case of the shared vs private configuration profiles, the “StorageType” being passed is either “AllUserAccess” or “Secure”. The “private” VPN profile is assigned the “Secure” storage type while the shared profile is assigned “AllUserAccess”.

When the “AdjustSecurity()” function is called (passing the storage type of the configuration file), it adjusts the DACL on the file itself appropriately. This is where the bug lies. For the “shared” profile (with the StorageType of “AlluserAccess”), the VPN service calls “AdjustSecurity()” and grants the everyone full control over the file:

This is dangerous because the “SetAccessControll()” call changes the DACL on a file in which a low privileged user can control. So, how do we exploit this?

After doing so, open the VPN and click the “Settings” tab: 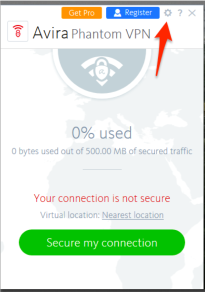 After doing so, uncheck the “Send Diagnostic Data” box. This will trigger a config change and kick the code-path off: 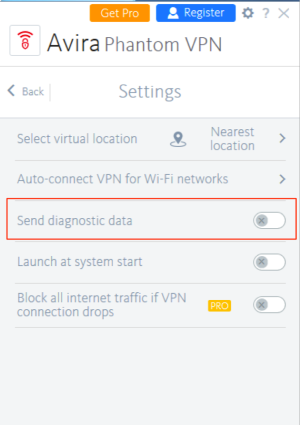 At this point, the DACL on “C:\Program Files (x86)\Avira\VPN\OpenVPN\phantomvpn.exe” has been overwritten to allow any user to write to it. The attacker now just needs to copy a malicious binary to replace it:

Once done, execution of the malicious binary can be accomplished by simply trying to connect to the VPN. This can be done by clicking “Secure my Connection” in the VPN GUI:

After clicking “Secure my connection”, you should see a few cmd.exe processes running as SYSTEM: